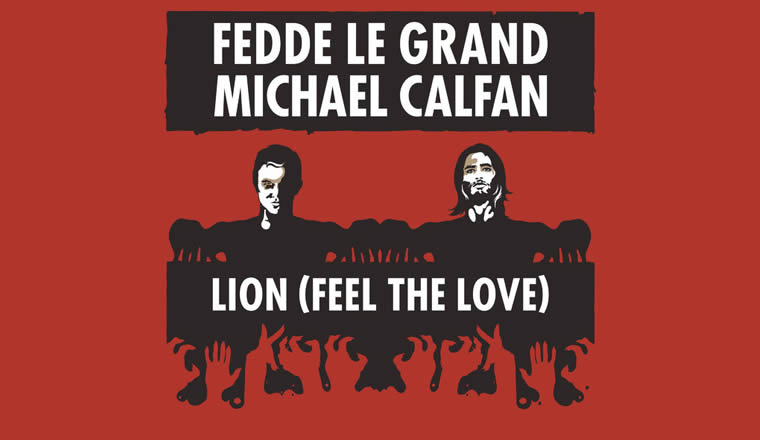 The track is already a favourite with those who have caught Le Grand live over the past few months – as witnessed in this exclusive footage shot at the inaugural edition of Ultra Music Festival Europe in Croatia last weekend. In front of over 50,000 screaming fans packed in front of the Ultra Main Stage the Dutchman absolutely tears it up, ‘Lion’s infectious synth scales and arpeggios riding high across massive drops and even bigger basslines, whipping the crowd into a sea of electronic frenzy.

Fedde Le Grand & Michael Calfan – ‘Lion (Feel The Love)’ sees the light of day August 5th 2013. Those wanting to get a full dose of the new single before then will have plenty of opportunity as Le Grand’s immense summer tour continues over the coming months.