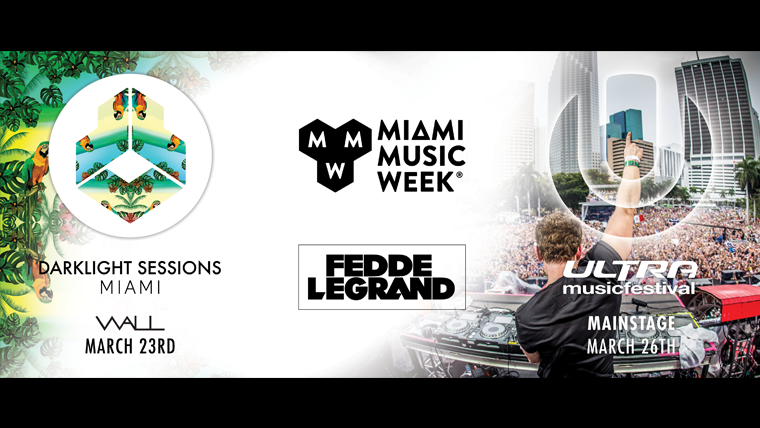 Fedde Le Grand will be all over Miami this year, pushing things in second gear while teasing loads of new music.

Catch him on March 23rd for Darklight Sessions the Miami edition at WALL. Serving up an extended set Fedde will additionally be joined by Kryder who also rocked the Darklight house during last year's ADE. Next to Croatia Squad and local-based Damaged Goods, special guest Dannic will also be joining the night making for a stellar line-up and a night you do not want to miss!

On March 26th Fedde is back on the Ultra MainStage playing from 4:20 – 5:20 p.m. local time. Be on the lookout for livestream updates and don’t miss a thing whether live under the Miami sun or tuning in from anywhere across the globe!

Add Fedde to your Ultra schedule and win tickets to Darklight Sessions at WALL including some cool FLG goodies!